We took a surf clinic Saturday in Kennebunk ME. I brought the Silhouette that I was considering buying since I wanted to give it another test and I didn’t really have a better boat to bring. The clinic wasn’t anything outstanding, but I did learn how to catch waves a little better. The waves were quite nice – big enough to surf on, but small enough that you could make mistakes. Once I started getting tired, though, I just kept getting pummelled. My impression of the silhouette improved, we even went for a short tour afterwards. But I decided it wasn’t what I was looking for. 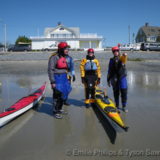 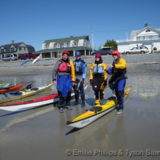 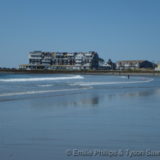 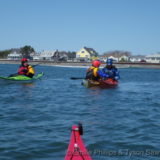 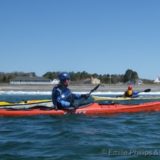 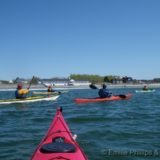 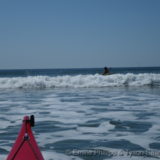 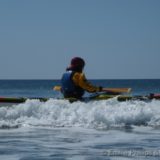 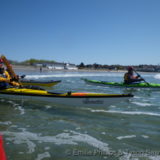 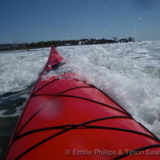 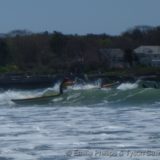 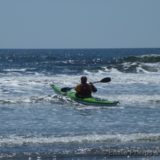 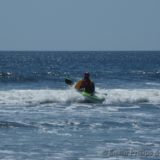 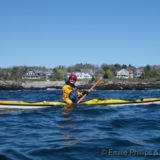 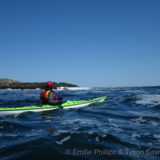 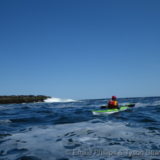 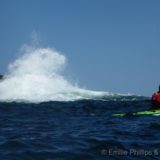 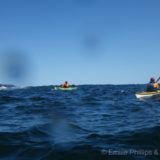 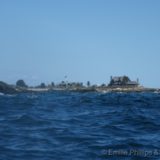 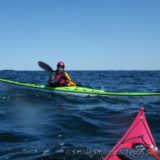 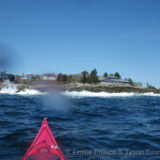 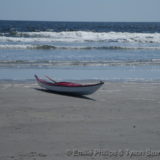 Today I test paddled a Tahe Marine Greenland LC. As far as I know, there is only one place within a reasonable or unreasonable drive that carries this kayak, and they just got them in two weeks ago. It was a flat water test, so I didn’t get to push the limits. But the kayak pretty much behaved like I expected it would. It is fairly maneuverable, easy to roll, and goes a little bit faster than Tyson’s boat. The remaining questions were cockpit size and layup. Tyson convinced me that I really didn’t want the smallest cockpit size because it might be hard to get out in rough landings. As far as layup, it was unclear what durability of layups were available at what cost. And regardless, ordering a specific one would take one to two months. So I just went with the standard one in stock.