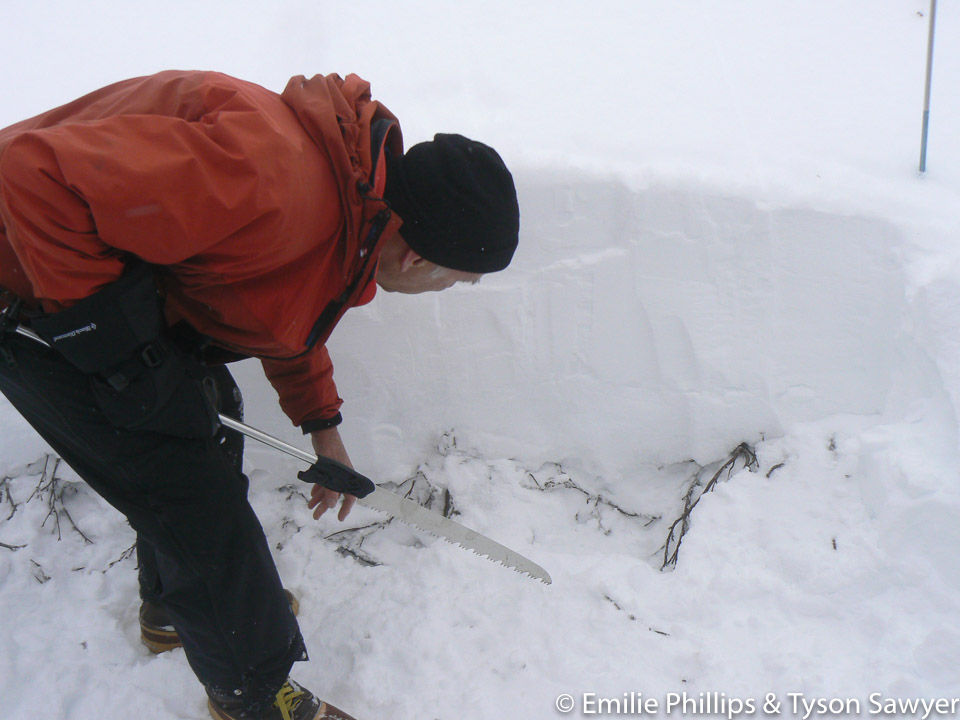 This weekend, we were signed up for the AMC avalanche class. Our ski skills are now good enough that we are really getting into avalanche terrain and it would be nice to not have to rely on other people’s judgement. We had read a book on avalanche safety, so the class was good for repeating things and giving an interactive format. We got to practice trying to find someone with avalanche beacons. That was new. I wish there had been more snow so we could have poked at that more the first day. But it was not until the second day when we hiked up to Tuckermans ravine that we really got to look at crystals and layers and how and where the snow might slide. We dug a snow pit to test the snow and one side of it was completely stable, and the other side had a couple different planes that slid.

Then it was the end of the day and we came back down, but that leads to my 4th day of skiing. At the bottom we looked nuts for taking our skis up because there were 2 inches of snow. At the top there were several feet and a couple of folks were wishing they had copied Tyson and I. That being said, the trail down was still a bit bushy. Tyson and I were both on cross country skis because we didn’t feel like tromping around in tele gear for the class. So skiing down was a bit of a challenge. I was actually having pretty good fun and got a rhythm going at times. At other times I missed a turn and got off in the bushes. One time in particular I got into a knee high stand of spruce trees headed straight down hill. There was no way I was turning. And I was just hoping none of the branches caught and sent me tumbling forward. About three quarters of the way down we decided the snow was getting thin and headed back to the hiking trail. We also were kind of racing the hiking part of the group down, and we managed to meet the front end there. The back end was a ways farther back.

This was my 4th ski trip of the season. 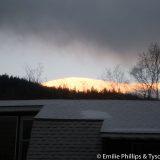 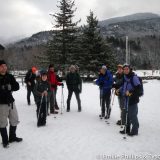 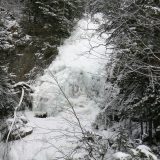 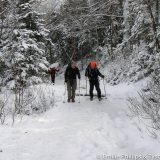 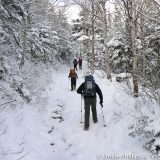 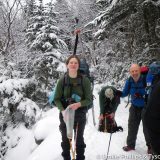 Emilie at the snack break 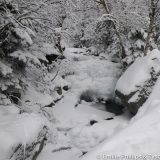 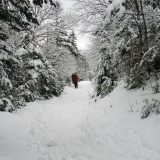 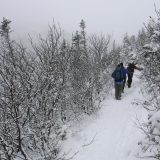 Climbing from Hermit Lake to Tuckerman 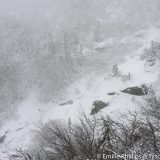 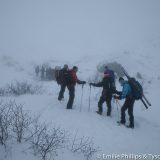 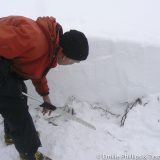 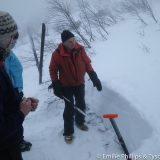 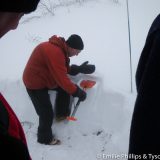 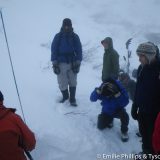 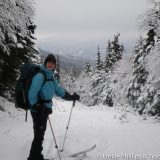 Emilie about to ski down the Sherburne on cross country skis 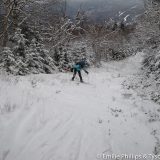 Emilie getting spun around backwards 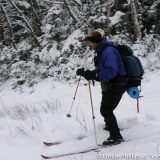 Tyson getting the hang of the cross country skis 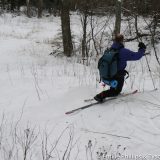