We went up to Odiorne Point in Portsmouth to paddle with the NSPN crew. It ended up being a fairly large group, so we split up into the group that wanted to do rocks and those who didn’t.

I took the plastic Avocet in preparation for next weekend when there will be more rocks. 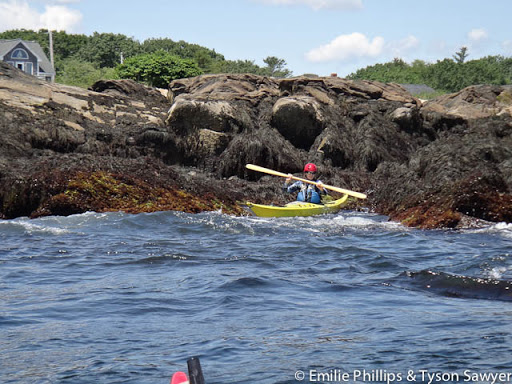 It took me some time to get used to the avocet. The Avocet does not turn as snappily as my Tahe, but in exchange, I got to have some fun without breaking my boat. 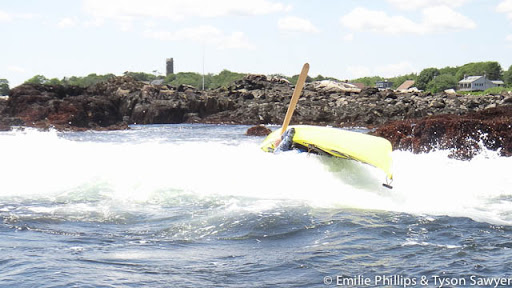 The group rejoined for lunch at the beach. We also converged with an AMC group. About half of their group were NSPN folk anyways. 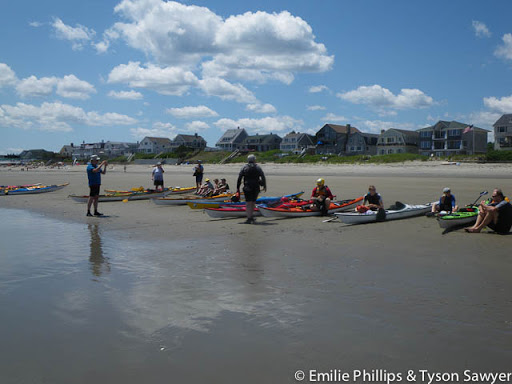 We all got some surfing in at the lunch beach. 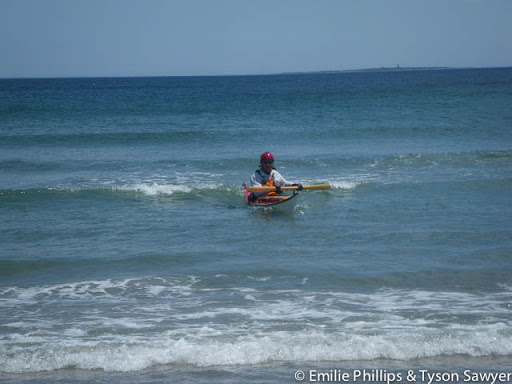 For surfing, the Avocet does not accelerate nearly as well as the Tahe. I had to work a little harder to catch the waves. Once on the wave, however, it is much easier to keep the Avocet back on the wave instead of down in the trough. This makes it easier to turn and control. Tyson tried out a plastic boat he had been considering, the P&H Dephin, but he decided it was way too big and didn’t like it at all. Photo taken by Doug, the owner of the Delphin.

We headed back to the put in a little straighter than we had come. I mostly managed to keep up until the end when I pooped out. 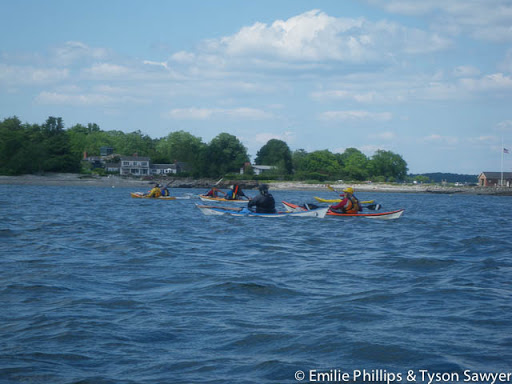 So the net result is, if I think I am headed out for a rocks day, I should take the Avocet. It is reasonably fun, and doesn’t get broken.

Tyson and My Photos