This past week Tyson and I went out to Capitol Reef National Park UT for our belated honeymoon. I made a summary album for those of you with only a minute to look at photos. You should really look at the longer albums. It was absolutely beautiful, if quite alien.

The first four days were a backpacking trip in the water pocket district. The first day we hiked down into Halls Creek valley. We dropped most of the contents of our packs at a potential campsite. Then we did a day hike up a canyon on the other side to a double arch. 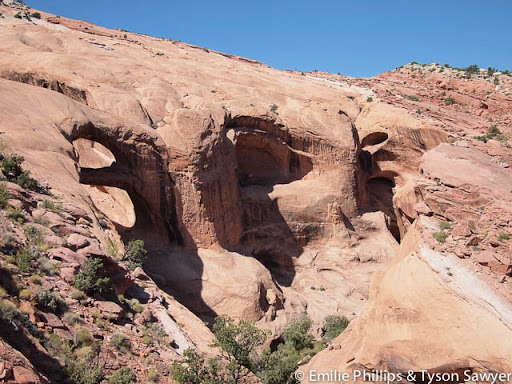 Most people stop there, but Tyson had eyeballed the summit behind it on the map. There was no trail up the mountain, but not far from the double arch, it became a bare sandstone slope. Or at least it looked that way. The neatest part about hiking up the mountain was that in spite of looking like a bare sandstone slab all the way up, it actually had a bunch of hidden cracks and oasis’s with plants. We stopped at one of these and took a break in the shade and considered our plans. 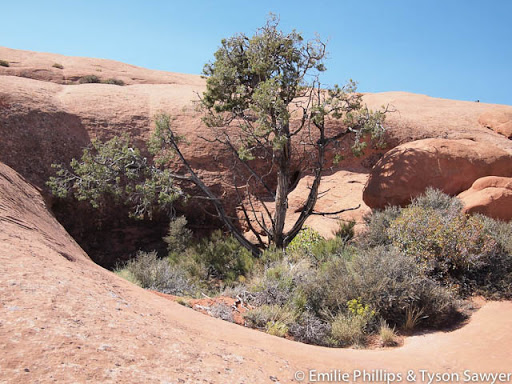 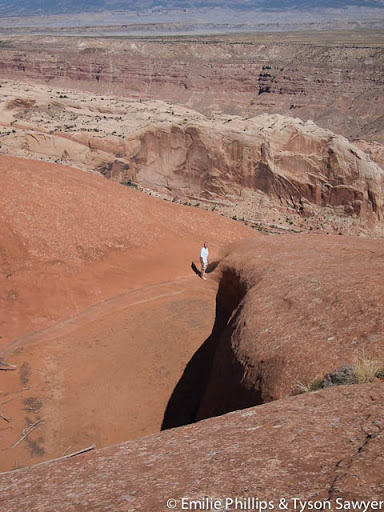 Looking at the map, our best guess was that we would not make the top. It also was not clear how to navigate the cracks and crevices. Additionally, the slope was steep enough that neither of us were keen on going back down where we hiked up. So we decided to traverse below the worst of the cracks and head for the ridge on the other side. There was some scrambling and a little bit of cord involved, but we made it and got some excellent views. 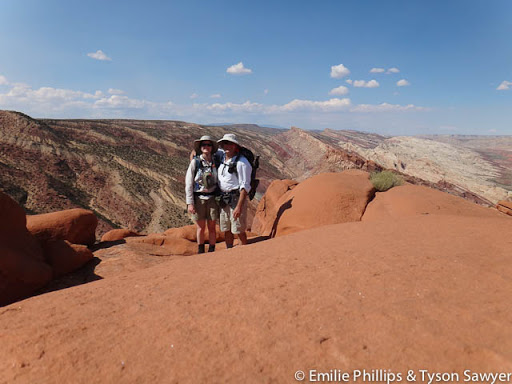 Then we slowly worked our way down. We were trying to end up on the ridge below the double arch. It looked to be a more gradual way down than the direct route up we had taken. Using map work, recollections of what we had seen on the way up, and guesswork as to where the chasms were crossable we managed to make it without any epics. 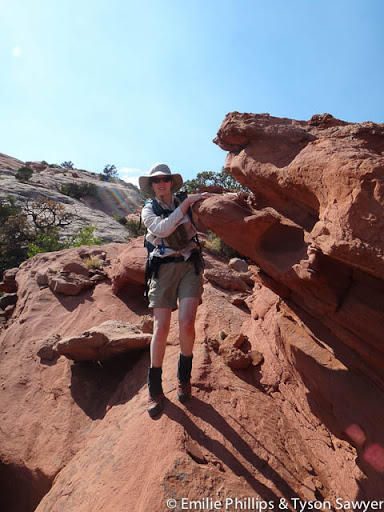 There was not as much water in the canyon as we had hoped/feared. (The guide book had suggested the route to the double arch might require swimming.) So we pumped our water bladders and bottles full not too far below the arches. That left about one mile of scrambling with heavy packs, but it wasn’t too bad. 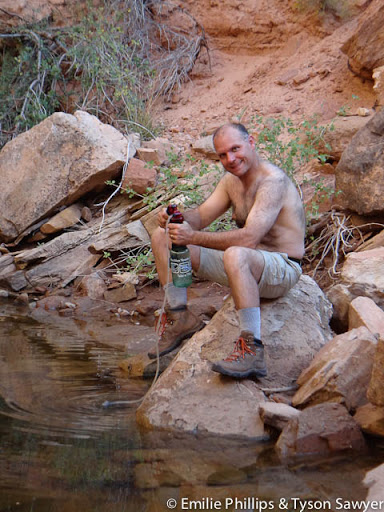