The second day of the backpack was mostly a getting from here to there kind of day. We hiked down the valley. There is no official trail, but there is a fairly consistent use trail if you can find it and an old wagon road that is even fainter. If you miss all those, there is always the dry stream bed which gets there eventually after many meanders. The stream bed had mud that curled up at times in paper thin layers. 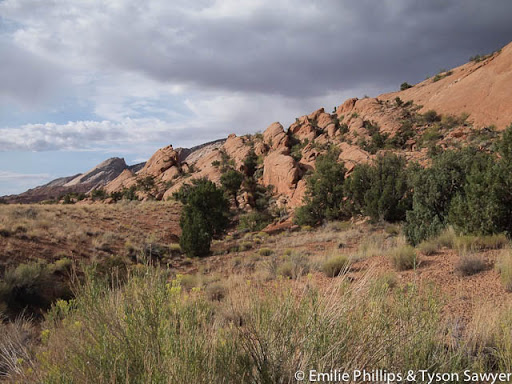 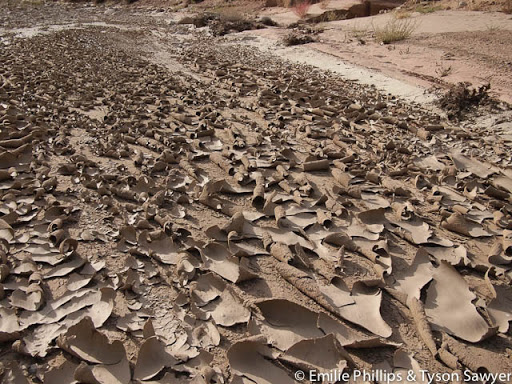 We gambled a little on water and did not carry a full 9 liters. The wash bed near camp had a few spots of water, so we were expecting we might find more along the way. That did end up working out, though we pumped out of some small funny tasting puddles during the day. At lunch time, we stopped at large water tanks — depressions in the rock — that hold water year round. You are not supposed to pump from them or bath in them to preserve their ecosystem and the water source for the local critters, so we just looked. Before lunch we passed by an old landslide with some interesting erosion patterns. 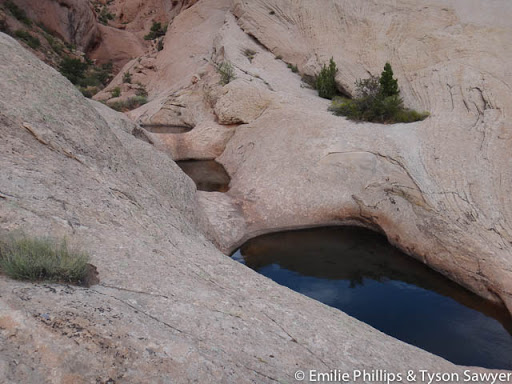 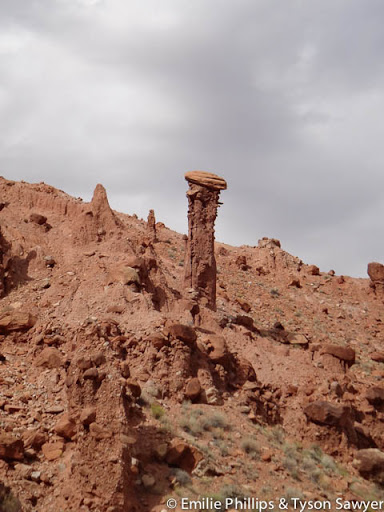 One more comment about lunch. When packing, I had been thinking that I was packing too much food since it weighed a ton. By that lunch I had discovered that to the contrary, I had not packed enough. I was wishing I could eat all the jerky that was reserved for the remaining days, and I took part of Tyson’s lunch rations.

After lunch, it was pretty much just a desert hike broken by bands of trees along the wash bed. By mid afternoon it got quite hot and we rested in the shade a few times. We were not quite sure from the guidebook where the suggested camping area was, but eventually we got to a reasonable looking area and found a spot out of sight from the one other group of backpackers. The good feature of the camp was that there was running water right near by. The bad feature was that there was fine dusty sand that got into everything. 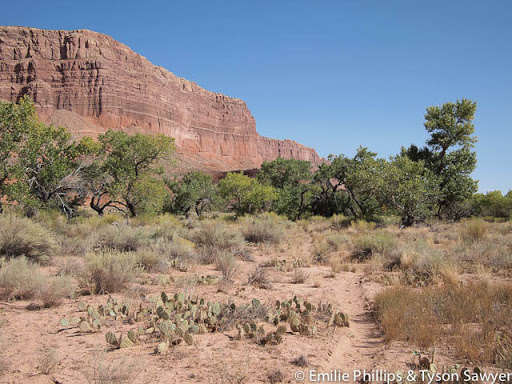