On the morning of the third day, two things happened. I woke up to a deflated sleeping pad, and we got up early to beat some of the heat. This day we were headed to see one of the main attractions of the hike.

We did not entirely beat the sun, but we succeeded in getting across a bit of the open country before it hit us. The stream heads out of the main valley and digs a channel into the rocky ridge. To make a loop we took the main valley up and over first in the morning. Then in late morning and afternoon, we enjoyed the shady canyon on the way back.

The narrows were basically a many hundreds of feet deep meanders that the stream has dug into the rock. At times the bottom was quite wide and open, and in other places it got down to only one person wide. 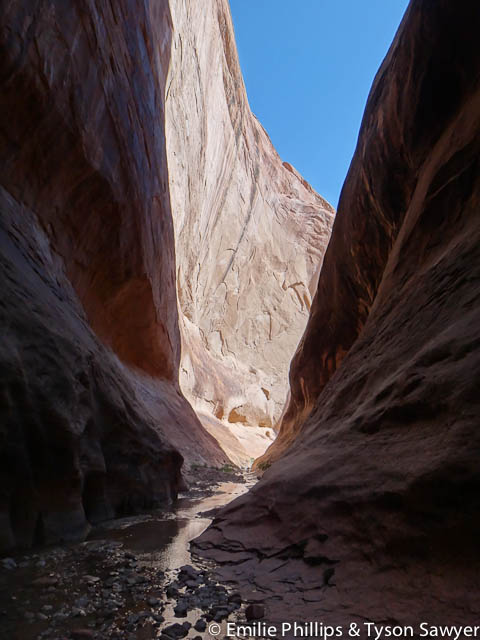 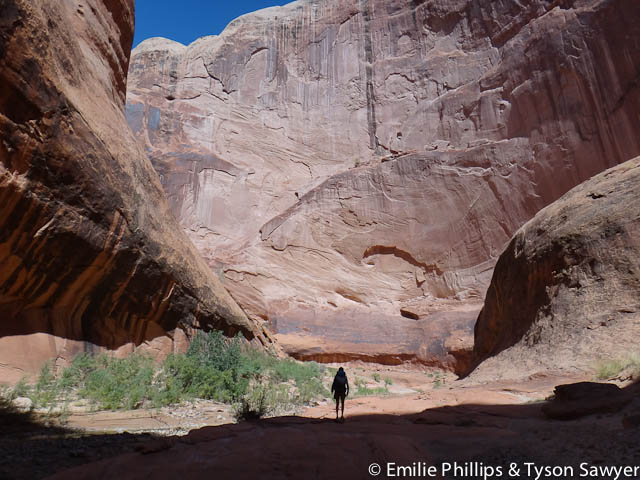 I found the hanging gardens fascinating. Water apparently seeps out the sides of the rocks and plants manage to grow in the tiny cracks on the wall. The stream in the narrows is perennial unlike up stream where it is dry most of the time. Tyson had fun catching crayfish and wondering at all the fish that live in the desert. 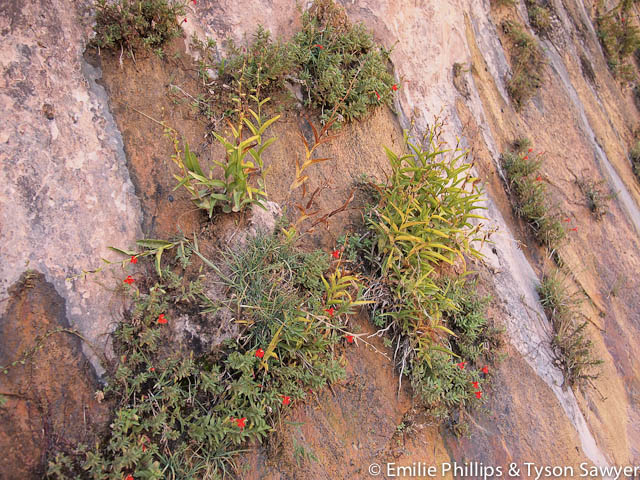 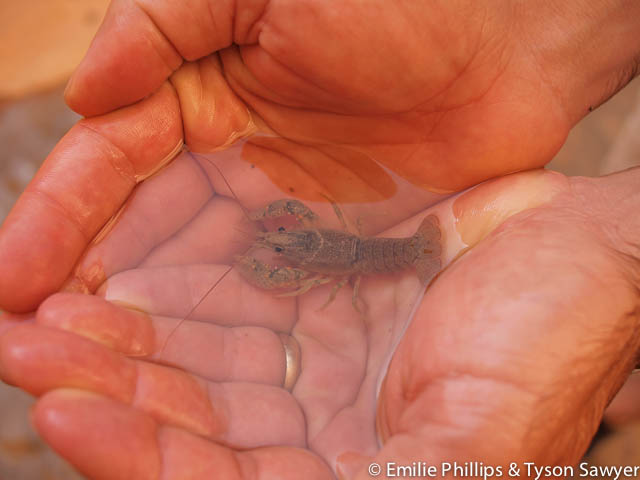 There were some places where there was a good deal of dry ground to walk on. In other places there was wet rock, or slightly muddy rock or gravel, or even slightly gravely quick sand. Nothing deep, but generally well camouflaged. We each filled our water shoes with rocks many times. There were also several places with a good bit of water including one deep wade. 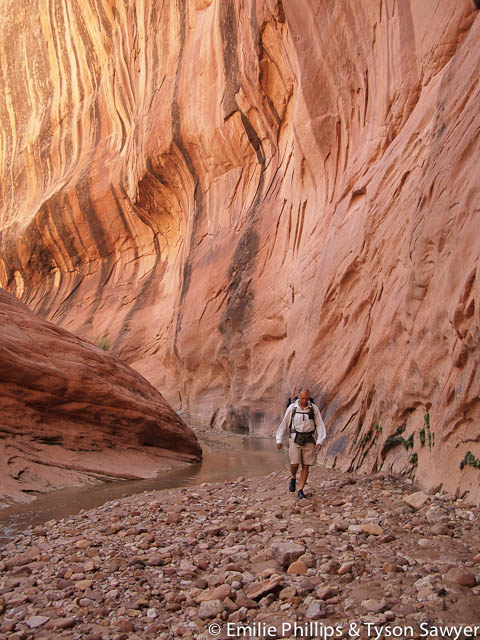 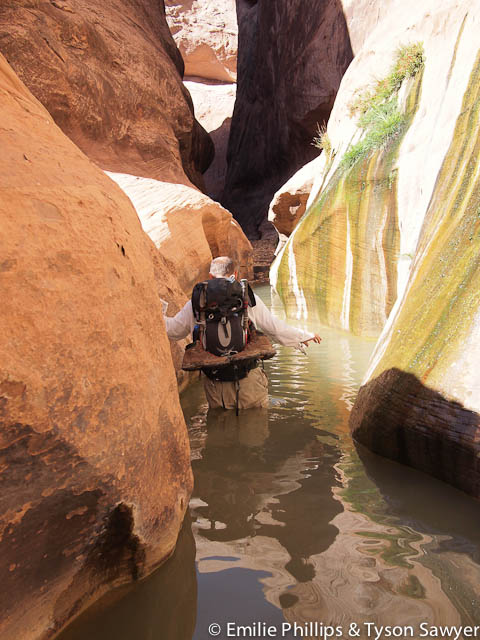 The stream over time has meandered in a bunch of different directions. There were places where you could look up two hundred feet or so and see an old channel heading off a different direction in the rock. There were other places where the canyon doubled back on itself so tightly that the stream is sure to cut straight through sometime in the next couple millennia. For a grand finale, the last meander was this large round meander that over time had carved back into the rock creating an immense overhanging bend. It made the small forest and us underneath of it look insignificant. I think you could have fit an office building in there. Unfortunately there was no real way to capture it on photo. 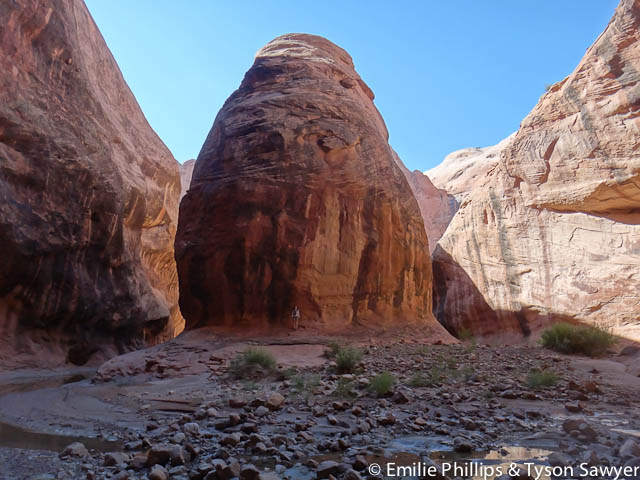 Once we exited the narrows, we were back to trying to find the use path that took the straightest course across all the stream meanders. We happened onto the trail the guide book had described to cut off a whole bunch of meanders and head to their suggested campsite. Unfortunately this meant it cut off the meander our tent was at. It also was out of the trees and exposed to the full desert heat. We took a side drainage back to the camp and probably still were better off than if we had followed the stream.

You have to play where’s Waldo to spot the person at the bottom of some of the pictures.

Crayfish in the desert -- Comments (0)

Emilie at the bottom of the canyon -- Comments (0)

Looking up at Horseshoe bend -- Comments (0)