On day three, we had a bit of discussion about what our future plans were. The original plan had been to stay out 4 full nights and hike up the last bit of the trail on the 5th morning. Coming out of Halls Creek Narrows, we were feeling like we had seen the best sights in the area. I was still constantly hungry, and I had a sleeping pad with a leak. So we decided to skip the last night out. We ate a dinner and a half worth of food on the third night. That fixed my hunger problems. My sleeping pad leak was slow enough that I only had to wake up occasionally during the night to re-inflate it. But I was not going to be sorry to be done with sleeping on it.

We set our alarm clocks for even earlier the 4th morning than we had the 3rd. The trek down the valley had been fairly brutal in the mid day sun, so we hoped to get as much of it done as possible before then. We got up before sunrise. The thermometer said 34F. By the time we broke camp, the sun had risen on the plateaus above the valley, and it was bright enough we did not need head lamps any more. We needed to pump water which put us a little behind schedule, but the whole valley was still in shadow. 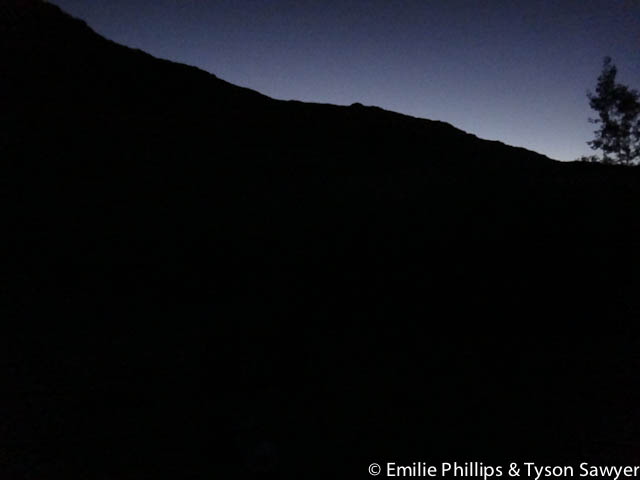 We headed back up the drainage to the trail we had found the previous day and set a fast march pace to get as much done as possible before the sun reached the valley floor. Since the scenery was the same as the second day, and we were concentrating on putting miles in, we did not take too many photos. We did spot why we had missed the last segment of trail on the way down. The stream had recently carved out the whole outside bank of the meander where the trail went back up. We ended up slip-sliding and jumping down. Otherwise, we mainly enjoyed the desert in its cool phase and watched the sun creep down the ridge on the west side of the valley. We got caught out in the sun a couple places where the eastern ridge had a notch in it. We also spotted remnants of an old corral that we had not seen on the way down. 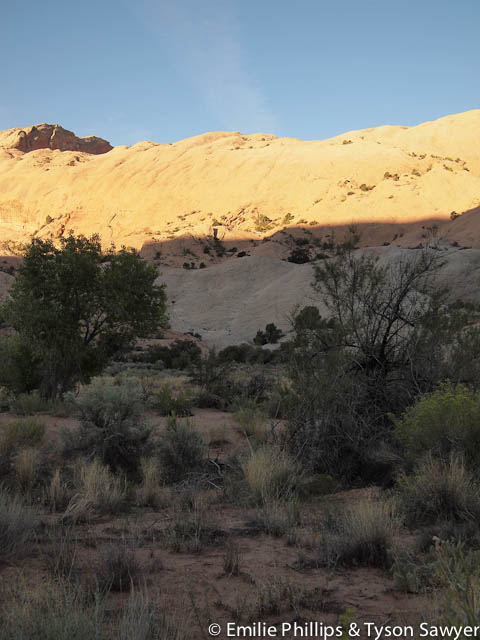 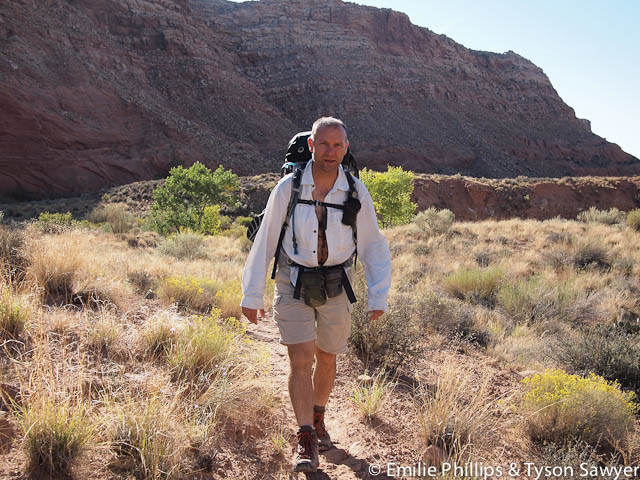 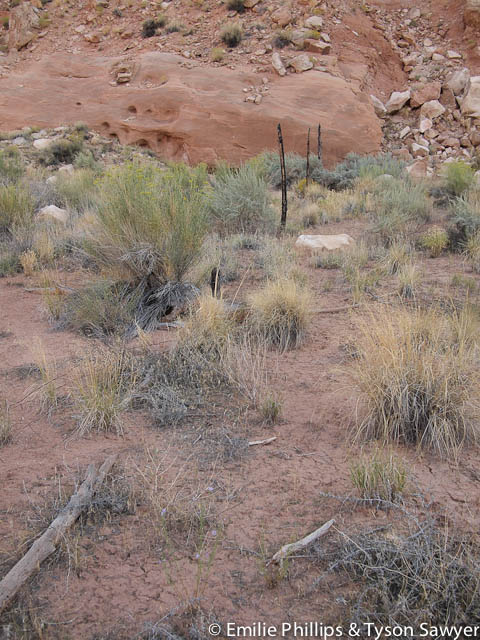 We covered three quarters of the distance from our campsite to where the trail headed back up the east side of the canyon before the sun caught up to us for good. Not too long after we got out into the sun, I spotted a snake on the trail. There had been plenty of quick moving lizards on the trip, but this was the second snake Tyson had seen and the first one I had. This one was patient enough it let Tyson pick it up. 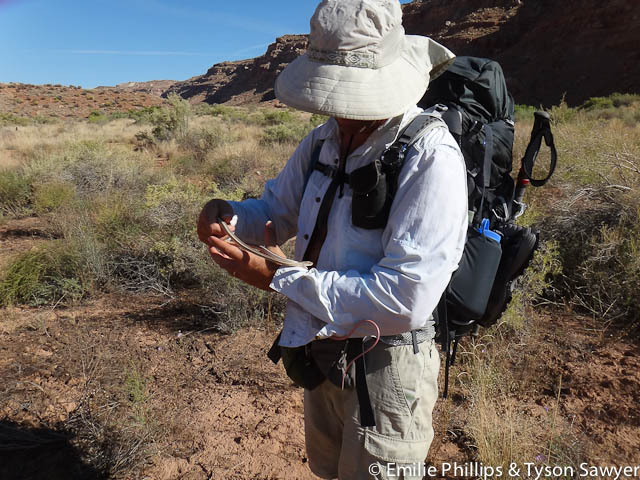 From there we passed by Brimhall canyon where we had done our first day’s hike and plodded our way up the eastern wall. There were a few spots of shade to hide in, and we took it slowly so the climb was not too bad. Soon enough the valley floor and all the locations we now knew receded. We reached the car at noon time. 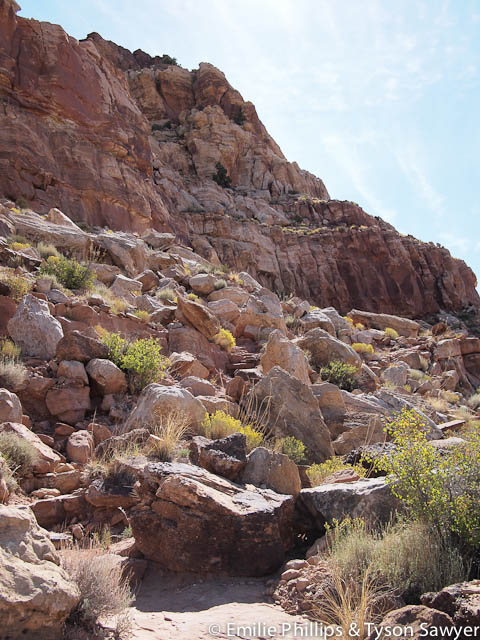 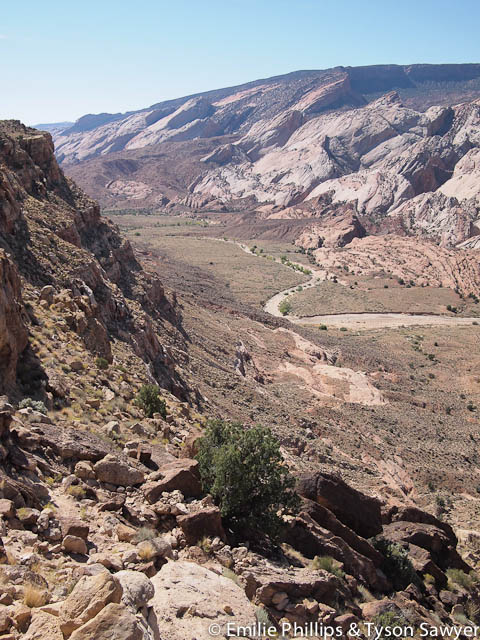 From there, we said hi to the tourists at the overlook, ate some lunch and then headed (on the scenic route) down to Lake Powell. The choice of Lake Powell was mostly because we had not really planned out the rest of the trip in detail, and that seemed like the closest place to get a shower. The scenic back roads to get there were a little bit of and adventure, but we managed. Once there, we found a shower, a restaurant, a laundromat, real beds, and a road map. Lake Powell itself was pretty much uninteresting.

Photos From the Hike

Photos From the Drive Out