Today the neighborhood flew over to Hampton for breakfast. I had a lesson at 8AM, so Tyson and I took off around the same time as everyone else but got there early and ordered early. The others showed up 15 minutes later. 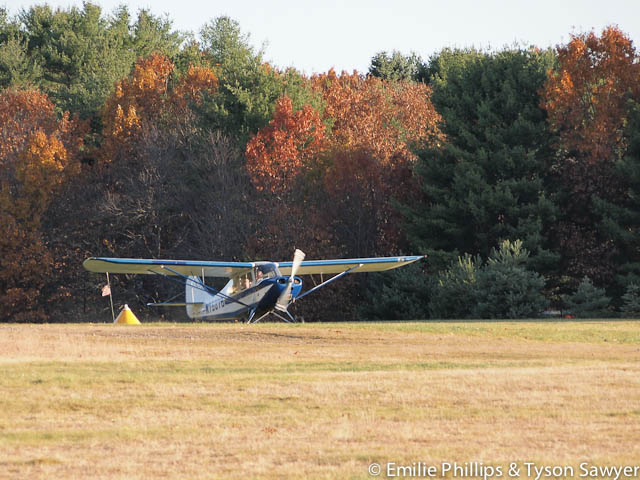 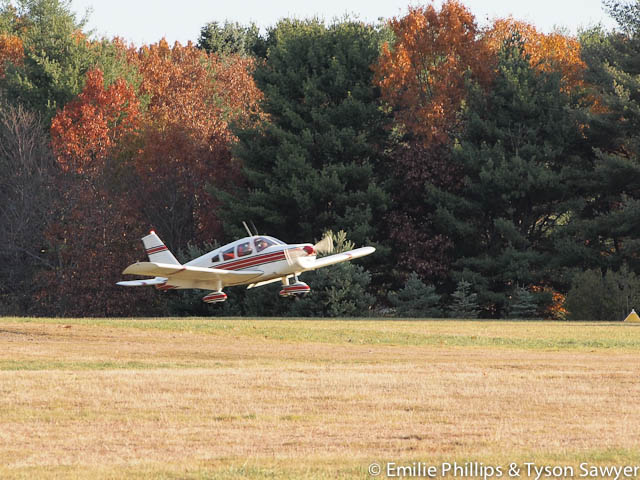 The red airplane is the one I usually take lessons in, but today, Leo, the owner, was getting his own lesson in it.

After scarfing breakfast, I dashed out to my lesson in the Cub. This lesson was my third in the Cub. For an extra challenge it was quite windy, windier than I have flown in before. The first two take offs and landings I was trying to remember how to fly that airplane. The next few I was learning how to deal with the wind. And the last one was just really nice. 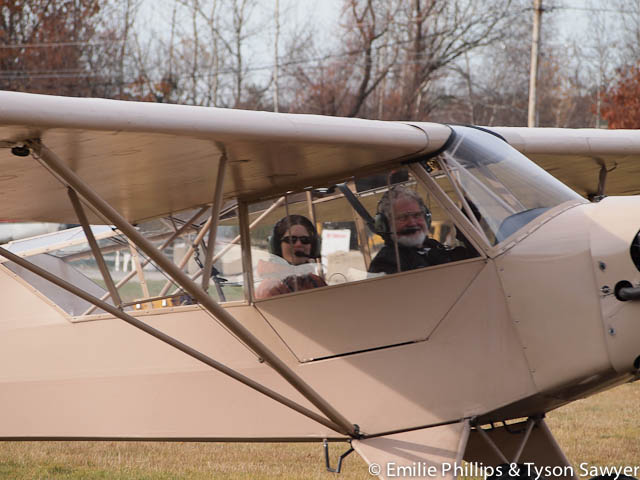 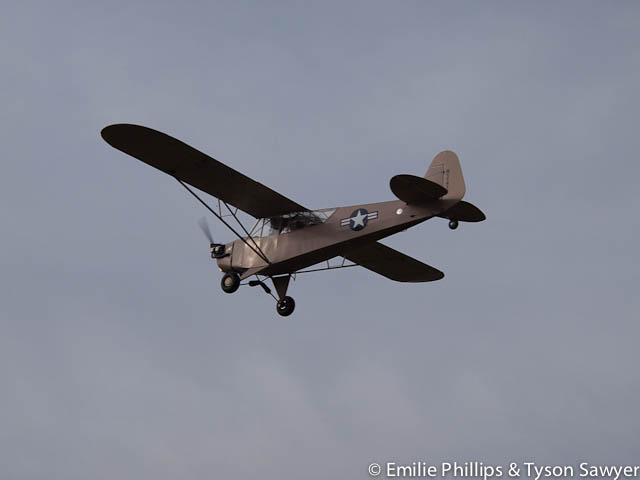