I kept hoping that I would catch up and find time to do proper journal entries for the past while. Here are a few vignettes.

We went to the last AMC rock climbing trip of the year. It was so overbooked that they split the trip in two. Tyson, as a climbing leader in training, co-led the second half. Tyson did quite well that trip. He led a 5.6 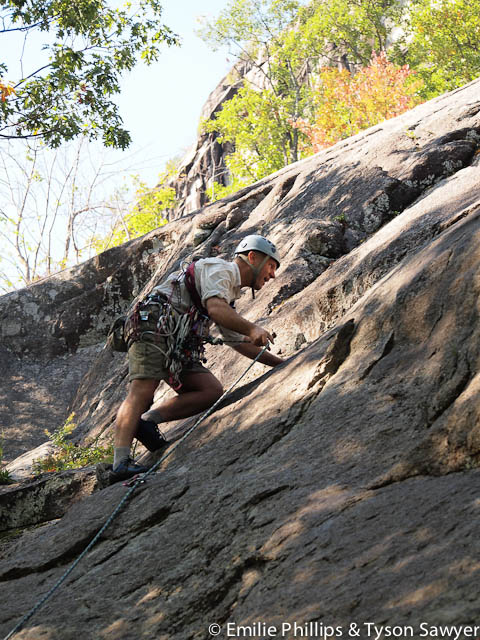 And climbed a 5.9 clean for the first time outside. Meanwhile, I freaked myself out by leading a run out 5.5 and then had fun on everything else.

As for flying, it looks like I have not mentioned that we successfully bought an airplane 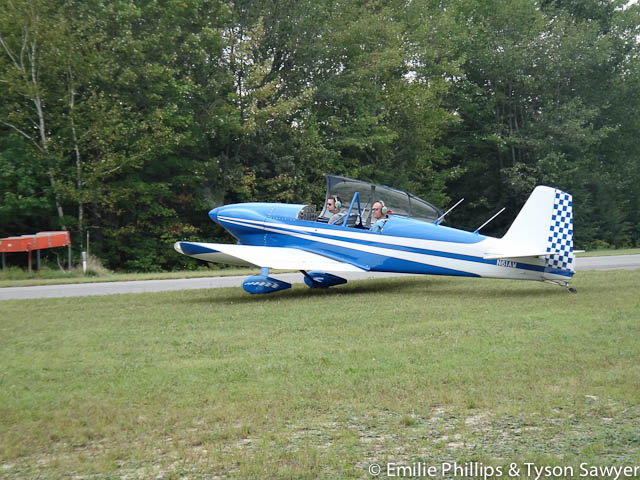 It is a sporty little two seat airplane. All the neighbors, family, 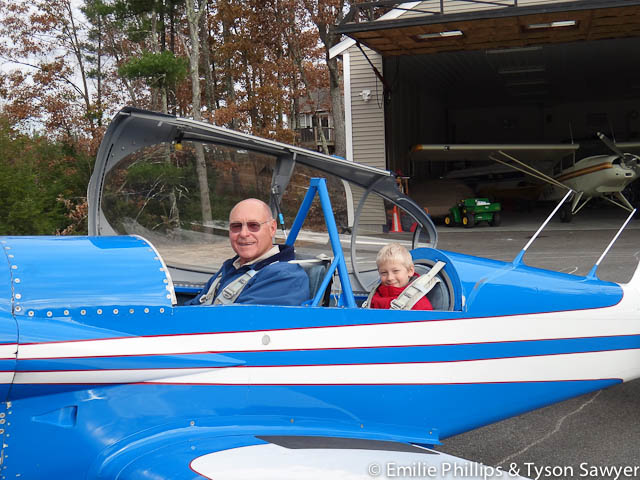 etc have gotten rides and everyone likes it. Tyson has a permanent grin on his face now.

I hit a stumbling block on my flying. I got myself into a bit of paperwork hell on my medical exam because I volunteered that in college I had low blood pressure from a bad diet. That was back in early September, and I still have not spotted the light at the end of the tunnel. Odds are, there is a light, so I have been continuing my lessons, though a bit slower. Tyson got me signed up with a different instructor to fly a Piper Cub so I could learn how to fly a tail dragger airplane. I will have my third lesson in that plane tomorrow. It has been fun getting to try out a different airplane and instructor. With my normal airplane and instructor, we have backed off on practicing landings. Instead, we have done simulated instrument flying, communication with air traffic control, cross country flight and navigation, and a trip to the Manchester airport with big jets going in and out.

Prior to going out to UT, we did a bunch of hikes :
Franconia ridge where we got to watch gliders soaring on the updraft 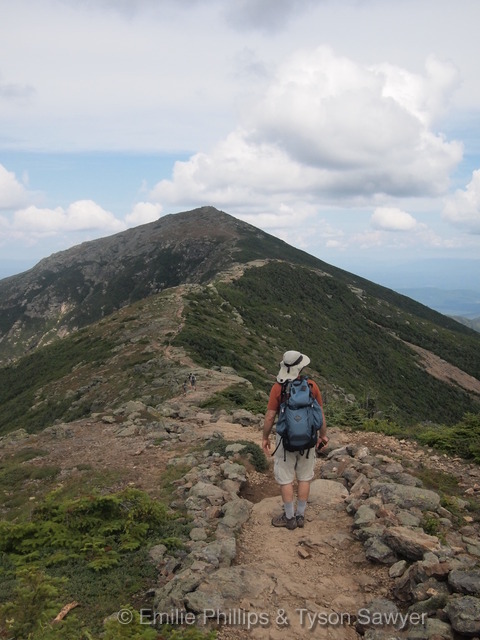 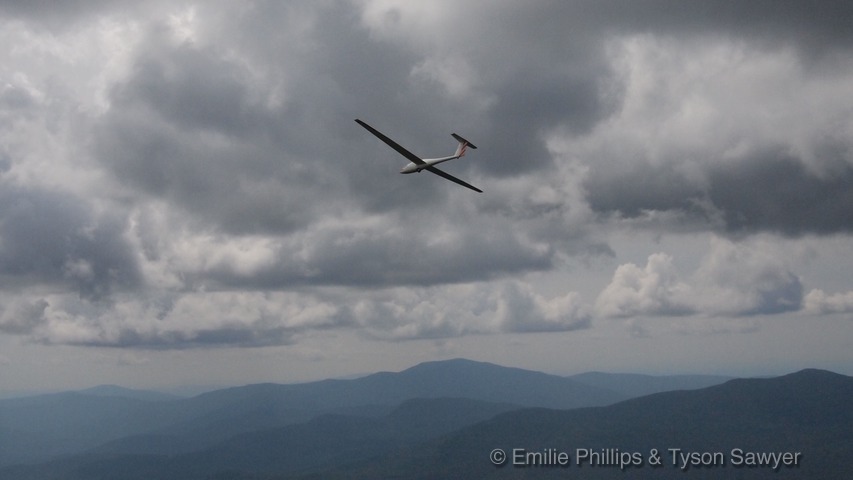 Mt Kearsarge is a modest size mountain in southern NH. I decided it was too modest, and so added a few more miles of trail onto the trip. (Section 12 and section 11). We ended up turning around before the top because we had gone through over half our water. And in the end, we took a road hike shortcut to get back to the car. Guess I should have just stuck with the standard hike.

For the first time ever, I made it to the Jaffrey NH fireworks. They were good fireworks, and the crowd was big. Both as advertised.

After coming back from UT, we decided to have some fun with the airplane. We flew down to VA to visit my parents for a day. The original plan had been two days, but the weather prevented us. As it was we had 40kt or so head winds. The trip down took 4.5 hours, the trip back 3. At one point, Tyson noted we were going 216kts ground speed. It was rather bizarre to get up early in VA, enjoy Mom-made pancakes for breakfast, and then do almost a full day of work in the office. 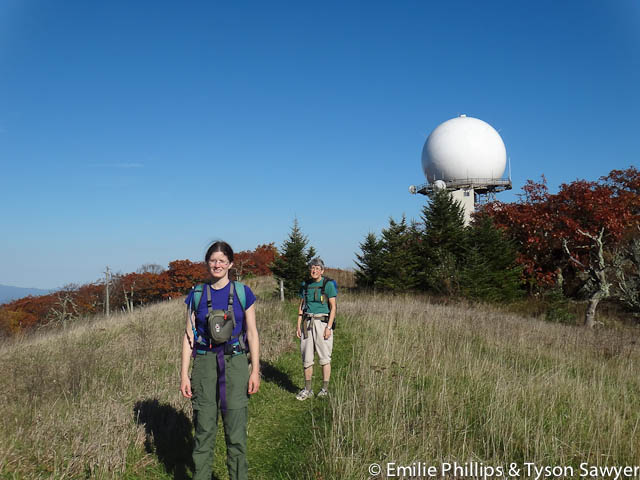 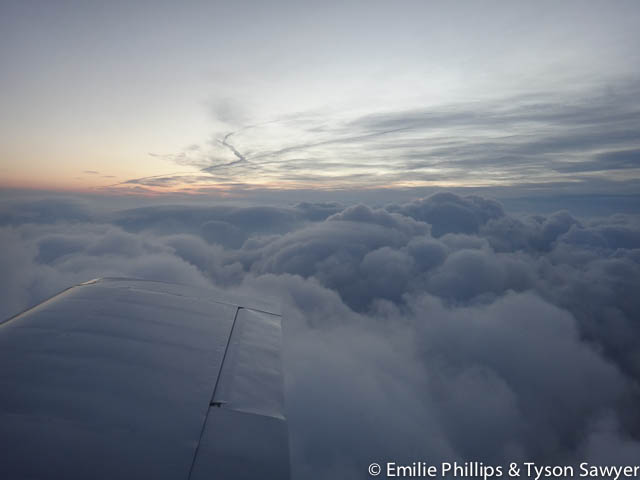 The following weekend, we finally met up with Benoit. Ages ago we had been planning to go rock climbing, but that fell through due to a certain hurricane. So we settled for hiking. We drew an arc around Montreal and looked for anyplace interesting with an airport. We settled for Lake Placid and hiking Algonquin Peak. So, we got up bright and early in the morning again, and flew out there. We did not make it to the peak. We hit our turn around time a little bit shy. And we had already hiked into the clouds, so there was no view to push for. That was the first snow I saw for the year. 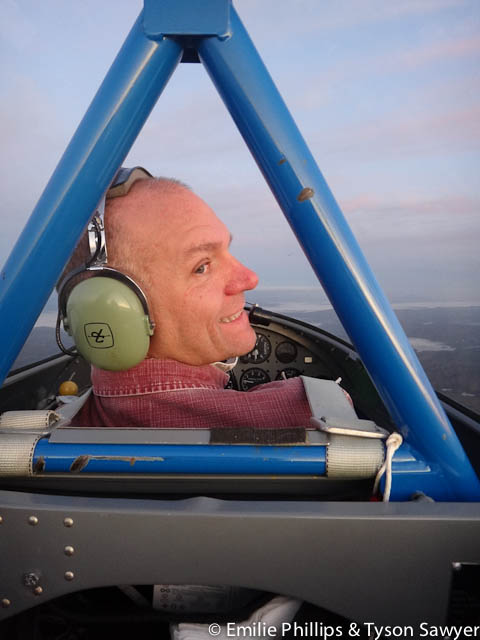 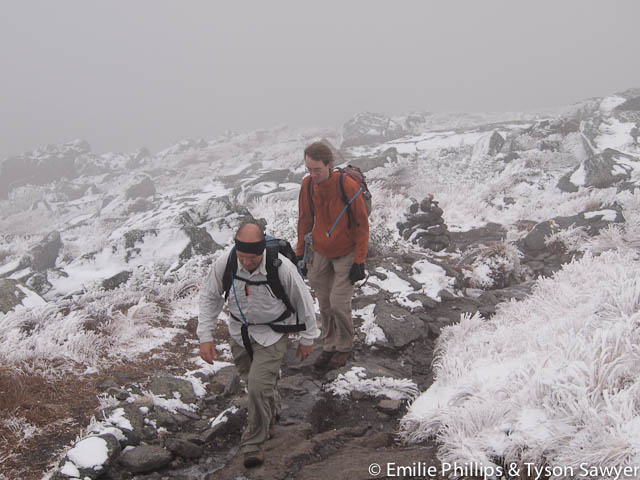 So, if anyone wants to meet up within 300 miles of Brookline, NH, we could come visit for a weekend.

In a lot less pleasant news, Tyson got laid off as part of a 10% cut at the company. That sucked. It affected a lot of people I knew and was working with.

And, to finally catch up to now, after all that hiking, I decided I really needed to get my kayaking fix for the year. So from now until ski trips start I have declared kayaking season. 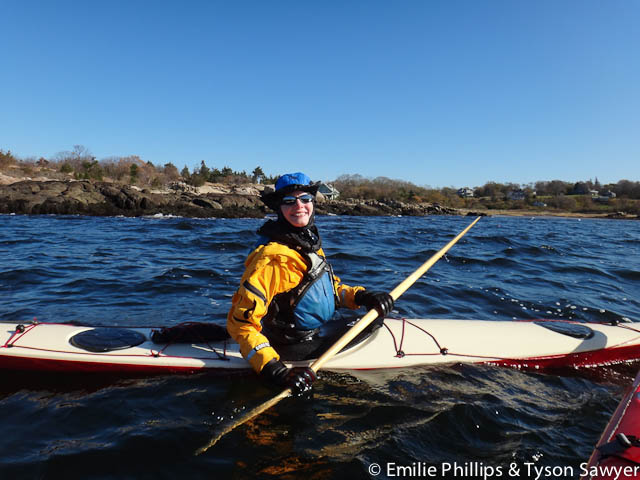 Pictures from all our interesting activities this fall.