Tyson’s company took a weekend holiday retreat to Miami. Florida in the winter is not really my thing, but it was all expenses paid and I had nothing better to do, so I tried to make the best of it. They rented a big old mansion whose main attraction was the pool. 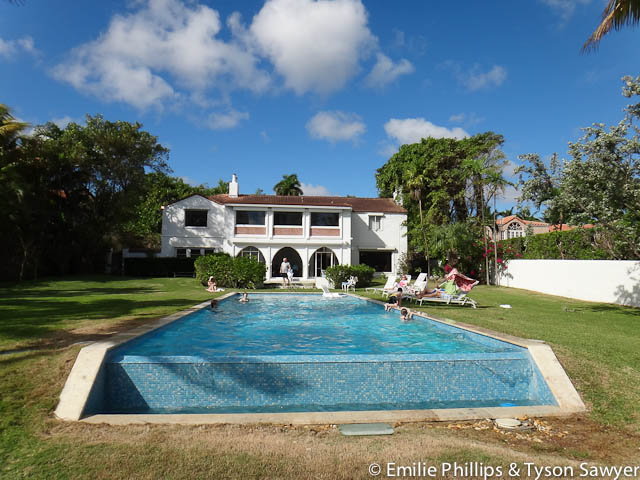 When we first got there, the pool was frigid. As that was the only entertainment other than beers, I was extremely disappointed. But then we found the hot tub, and later the controls for the pool heater.

What with twenty odd adults and no official schedule, there was a bit of disorganization. We managed to synch up with one of the other families who wanted to go see the aquarium. It was more of a theme park kind of aquarium than a research aquarium. This was my first time seeing a whale and dolphin show. 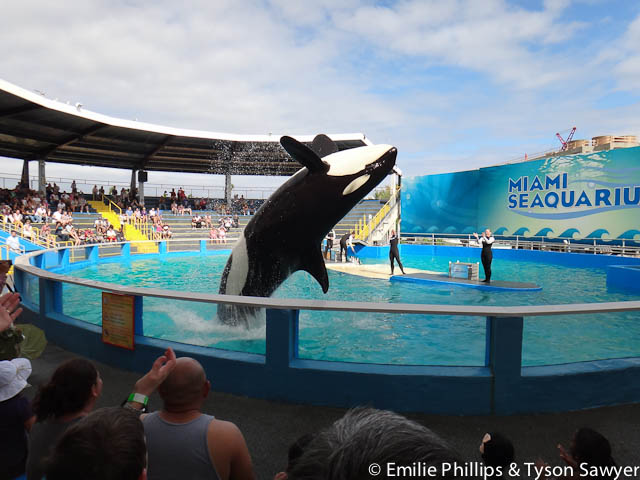 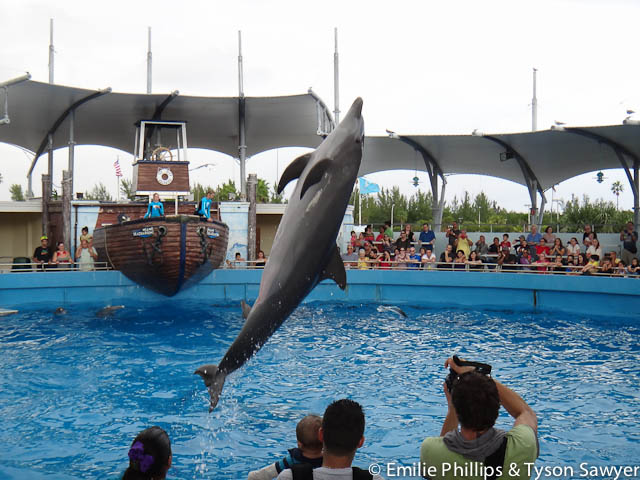 They had a variety of other critters including some alligators that I did not photograph.