On the drive to work there was an abandoned mill. It was just a small rotting building with no trespassing and danger signs. Last week, they tore it down. It used to be that when an abandoned building decayed, it eventually just fell down leaving cellar holes and nifty historical artifacts. Now, they come in with tractors, flatten the building, and fill in all the holes to make it safe. So, I was kind of disappointed to see them tearing it down. It meant I would never get to learn anything about what the mill used to be.

Then yesterday, I spotted some metal wheels off at the back of the site. We stopped on the way home from work to look. There were two different large rusting metal things that I assumed were water wheels. Tyson pointed out that they were actually early turbines. The blades were flat just like a water wheel, but the water entered the inside under pressure and sprayed outward. In the same location, there was an even larger mystery piece of equipment under a tarp. It was well enough wrapped up that we did not peek. Whatever it was must have been interesting enough that they intend to keep it intact and not just sell it as scrap.

Traipsing around the property a little more, we found the long washed out dam. Just above that was a modest size stream bed leading to the old mill. However, it was blocked off by a lot of dirt. It looked more like it had been filled in 50 years ago or so when they decommissioned the mill than that the fill was original and contained a culvert. The other thing we found in the woods was a pile of old beams or railroad ties and an old cart with railroad wheels. These had been decaying outside for a while. We do not know if the cart was just used inside the mill, or if it was in any way associated with the old railroad grade next door.

So, I still don’t know what the mill processed or what the mystery equipment was, but I learned a little about the mill. 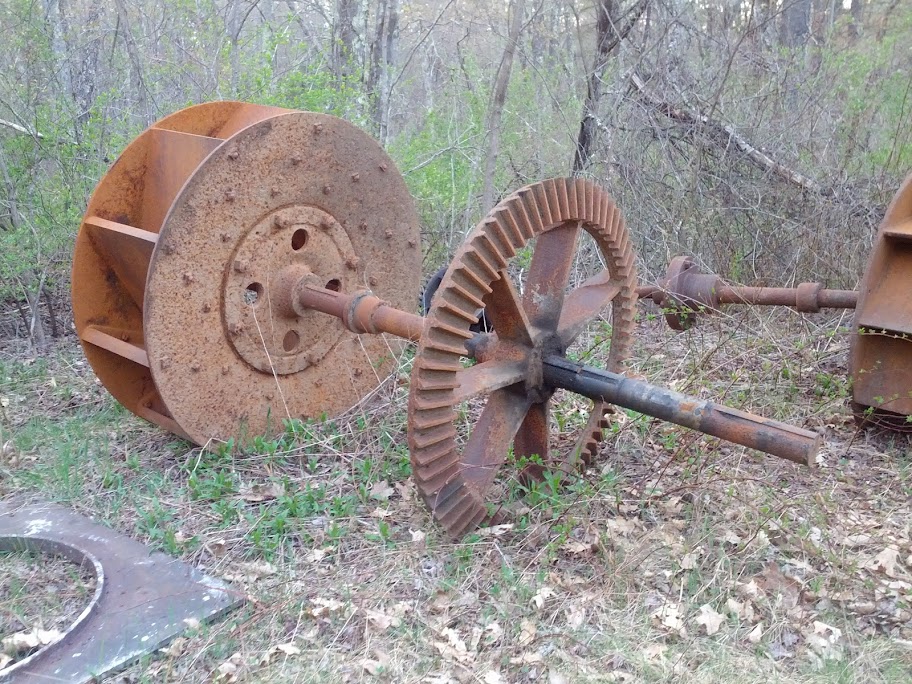 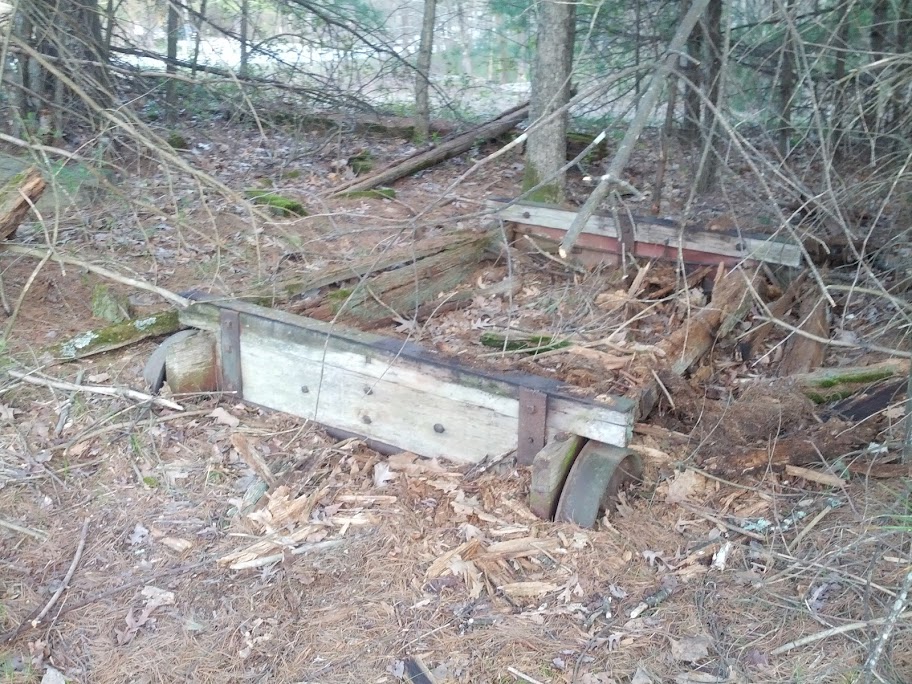 [Edit #2] Based on old topo maps it looks like the mill was built between 1917 and 1936.
This site suggests it might have been called Proctor’s mill.