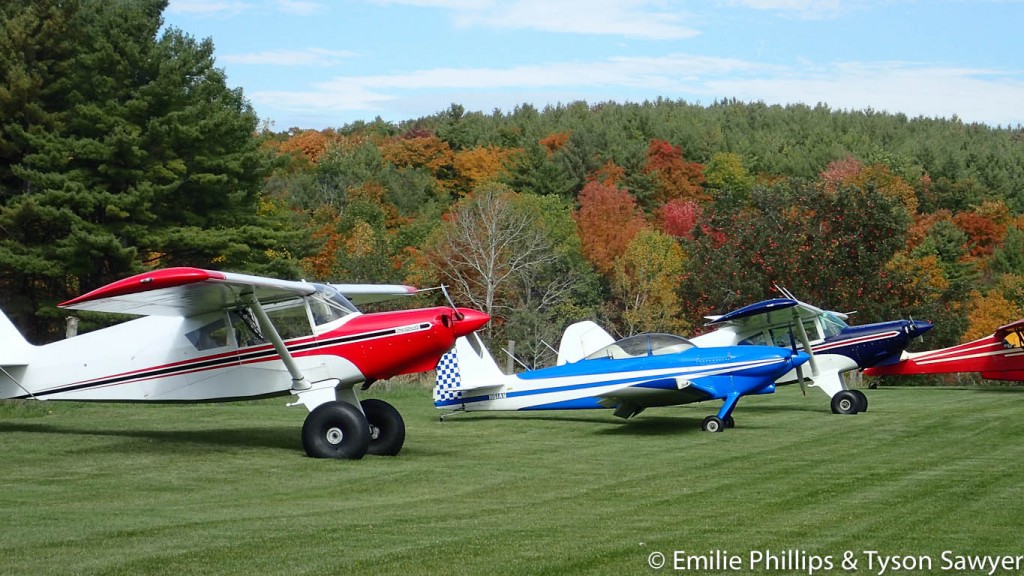 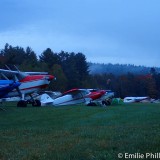 Sunday morning broke to a good visibility under a high enough overcast and a bit of low scattered low fog. Jen and John once again served breakfast. Their capacity and tolerance to provide for such a large group is unbelievable. Emilie collected her shirt and mug for attending the event and everyone donated to the Wentworth bridge project.

Thursday we met “Island Bob”. Sunday is all about “Mountain Bob”. As you might not be surprised, Mtn. Bob’s place is in the mountains/hills of VT. Mtn. Bob had previously owned an airplane or two and built a really nice grass runway in his backyard for them. Life happened and he sold the planes, but he still keeps that runway like a golf course so that ruffians like John and Jen Meade’s “Tree Top Flyers” (that’s us) can come visit. 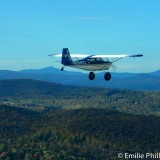 Sunday morning many launched and headed north through the notches of northern NH along the Canadian border and then down along Lake Champlain. Because Emilie and I were hosting some friends around our new fire pit Sunday evening, we wanted to be first in line for lunch and head home early. When we took off, we found a small group of OBP (Ohio Bush Planes) fliers headed direct to Bob’s and joined up with them. The skies cleared and the foliage was in full swing. 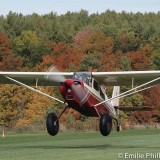 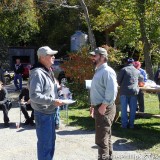 Arriving at Mtn. Bob’s the wind was from the south. The approach from the north is over the crest of a mountain ridge and down the side to his runway at the bottom of the ridge. It is mostly an easy approach and the runway is plenty long, but the the appearance is “interesting” and there are a few places that the winds and down drafts can get gnarly. John Graham of OBP fame provided rides for some of Bob’s friends and family. The center piece was burgers from beef Bob had recently slaughtered and ground just prior to our visit. There was also fresh apple cider and hot cider doughnuts.

Though we would have loved to play longer, Emilie, Isaac and I packed up and headed for home. With the winds mostly on our tail, we went up to 5,500 ft and made ground speed. On the radio I overheard some of those that had taken a longer route to Bob’s and hadn’t arrived yet. They were headed into the wind. One person reported that they were about 25 miles from Bob’s with a ground speed of about 30 mph. …do the math on that one. 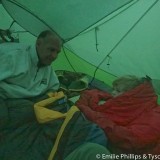 Morning in the tent

After squeezing the 3 of us into our 2 person tent for the over night Bowman Field trip, we ordered a new 3 person tent. After exploring all the options and noting how happy we where with our Nemo Obi 2P, we ordered a Nemo Dagger 3P. The Dagger is the direct descendant of the Obi with an other roof pole for more width up high and a few minor enhancements. Saturday night was the first time we put all 3 of us in the tent for real. I won’t say that other tents aren’t also good, but Nemo makes a very nice light weight backpacking tent and it fit us very comfortably.

Morning in the tent 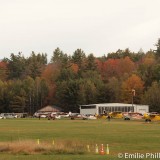 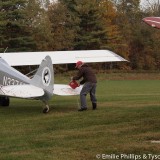 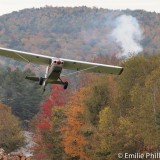 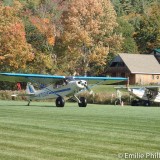 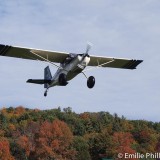 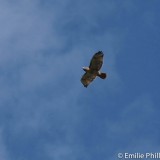 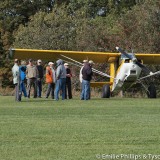 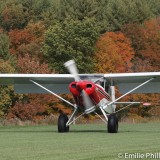 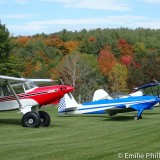 Two Bearhawks and an RV 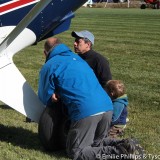 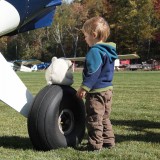 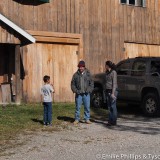 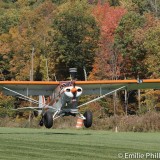 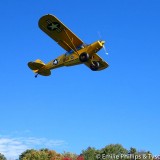 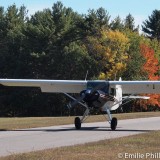