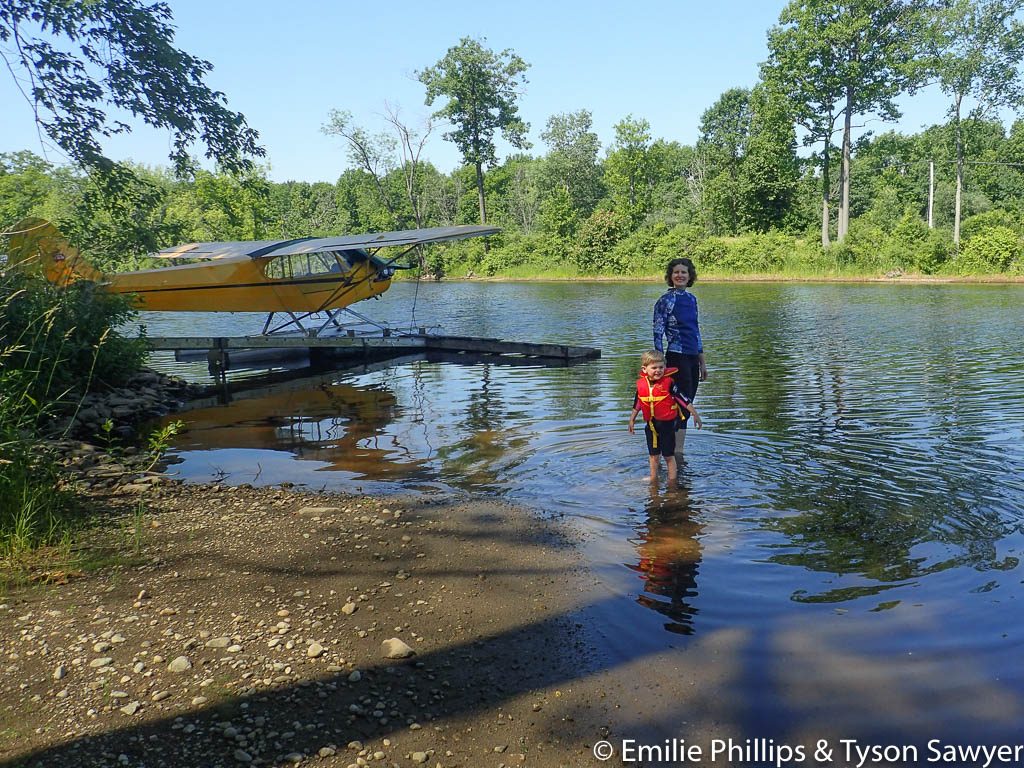 We flew out to August Field (NK17), otherwise know as Island Bob’s, for a breakfast fly in.

Tyson had been there several times. I had been once before, flying the Bearhawk. I decided to enjoy the flight and not challenge myself with perfect landings or tricky navigation. I spent most of the flight looking out the window and enjoying the view. I could not spot anyone on top Mt Monadnock that early in the morning. I flew high over Keene and into Vermont. In the Green Mountains there were few places for emergency landings, lots of trees. I passed over a series of ski areas. Bromley was instantly recognizable to the north because it is a rare south facing ski area. Next I flew over a high plateau labeled Lye Brook Wilderness. It had beautiful bogs and reminded me of Dolly Sods. I should check it out for hiking.

Arriving at Bob’s, there were two other airplanes in the pattern and a few on the ground. Landing from the north, you fly final over the Hudson River, bending around trees on the bank. I recognized some folks from previous super cub events. A bunch of them remembered me from landing on Richmond Island. Breakfast was not quite ready yet, so we chatted while watching everyone else fly in. By the time breakfast was ready, airplanes lined the taxiway and the short end of the runway. There were Cubs and Cub variants, Cherokees, ultralights, and two other RVs.

One of the RV pilots I’d never met before. The other was Captain John who usually keeps his RV-8 in Florida and flies a J3 Cub up here. He has a very different flying style than me — much more brash. He came in with smoke on and did a gentleman’s aerobatic show over the field. It’s odd being lumped in the same group as him.

After a tasty breakfast of eggs, biscuits, bacon, sausage, and pancakes, Tyson gave Tim a ride in the Bearhawk and then we both took Isaac down to the water for a swim. We convinced Isaac to come to the whole event just for the bacon and swimming. We found a not too muddy spot near the float planes and had fun splashing around. Isaac really enjoyed his PFD. It gave him freedom to play in the deep water without having to cling to a float.

By the time we got back to the hangar area, most people were leaving, so we headed out too. I practiced and extra landing and Isaac requested a flyby in the Bearhawk. As usual, I found the distraction of watching out for other moving airplanes messed up my landing. Then we headed back to Jaffrey for gas. Rene and his daughter and John landed at Jaffrey not too long after us. So we all went down to Kimball’s for a father’s day ice cream and then headed home. 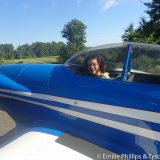 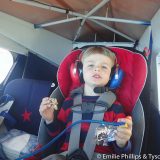 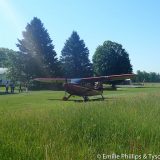 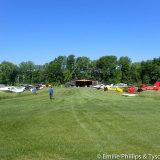 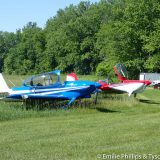 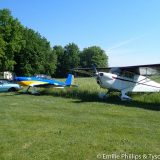 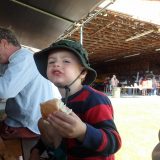 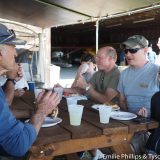 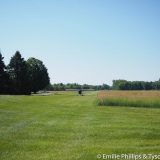 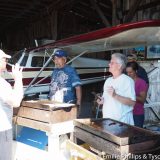 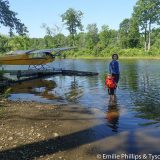 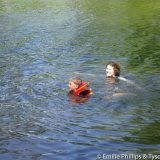 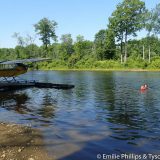 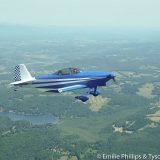 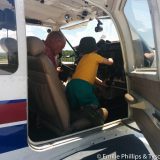 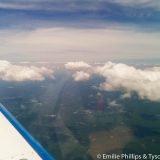 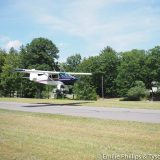