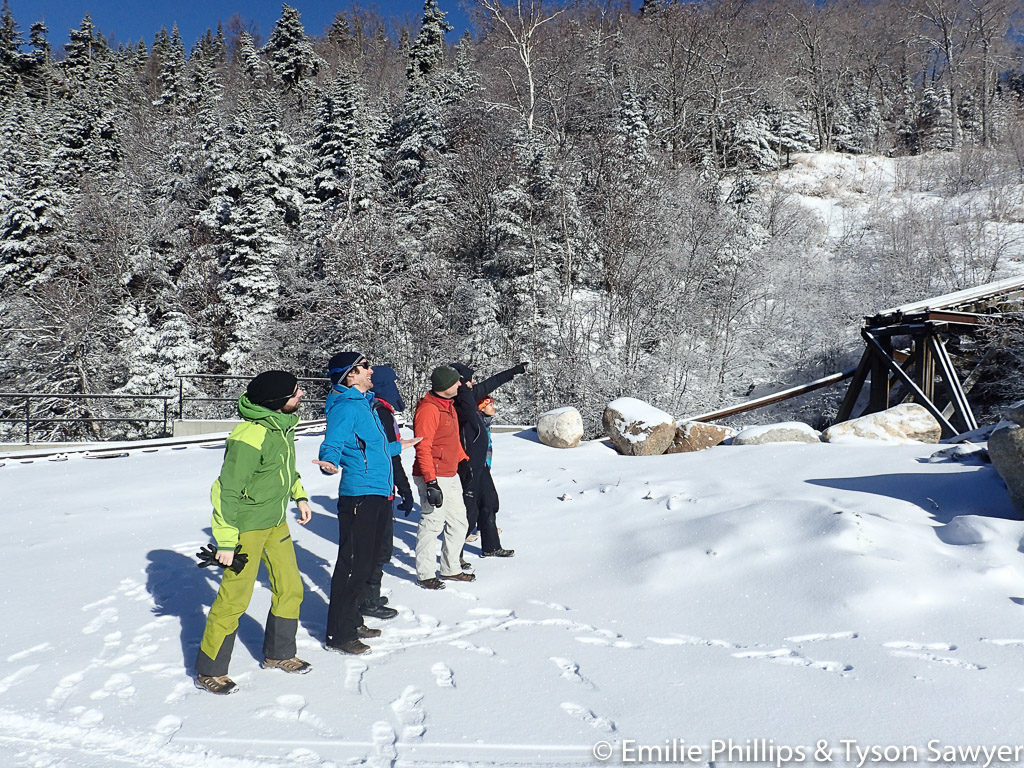 The Sherburne was well covered from late December snow storms when Tyson and Brian postponed their AMC ski trip due to bitter cold. Now, a few weeks later, conditions were good until the Thursday before the trip.

It poured Thursday and melted a foot of snow from our yard. The radio announced flooding across the state. By Sunday morning, the temperature had plummeted back down to 10F. Brian reported 4 inches of snow fell on him Saturday skiing Cannon. We were optimistic the Sherburne might be skiable.

Driving north through Twin Mountain, we spotted the summit of Mt Washington. It was brown and gray, untouched by the snow west of Franconia ridge Saturday. The cog railway was a lone stripe of white up the side of the mountain. A half an hour later, the Mt Washington avalanche advisory came out.

Everything had frozen solid. The report continued “The John Sherburne Ski Trail has large areas where flowing water melted all snow. We highly recommend that skiers and snowboarders avoid it until filled in with more snow.”

Tyson and I started brainstorming alternatives, and I texted Brian the news. Jackson had a cheerful snow report, but I’d seen a video of the Black Mountain Trail that looked dreadful. Wildcat mountain was blowing giant clouds of snow as we drove by, but brown grass poked through many of the trails.

It was a brilliant blue sky day: cold but hardly any wind. I couldn’t bear to pass up such a nice day outside, so I suggested hiking to Tuckerman Ravine to see the piles of debris from a massive wet snow avalanche during the storm. Tyson didn’t bring winter hiking boots, so he vetoed that idea.

We met the rest of the group in the boot room at Pinkham Notch. There, we rehashed all the options. Brian and Jen also suggested Cannon with it’s new snow the day before. In the end, we split into two groups — one couple with winter hiking gear set off to climb Mt Washington, the rest of us drove around the mountain, hoping the cog railway would be skiable.

We found snow — solid styrofoam covered with a half inch of powder — so we skied it up to the water tower. I had fun dodging the bits of bushes sticking through the snow and even found a place to slip into the trees for a turn. Tyson discovered a gush of mud that had burst out through the snow, forked for a couple yards, then frozen solid like a lava flow. The one split-boarder bounced and rattled so much over the frozen lumpy snow that the clamps holding his board together kept releasing. We made it down with no injuries to people or equipment. We all agreed it was a good day outside.

Brian and Tyson scouted out the trail -- Comments (0)

Ice crystals in a footprint -- Comments (0) 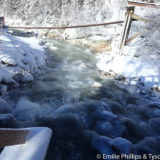 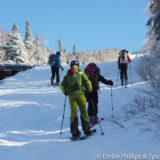 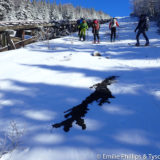 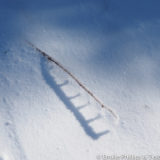 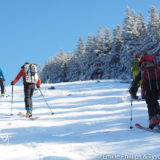 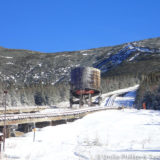 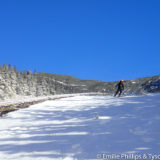 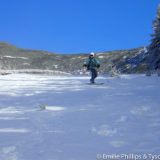 James anticipating the next pitch -- Comments (0) 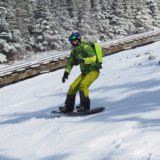 Blue skies above the Cog -- Comments (0) 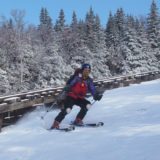 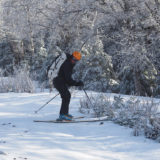 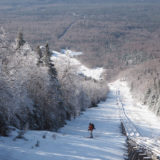 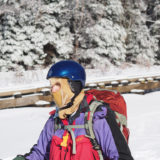 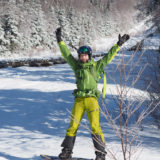 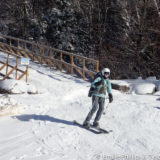 Emilie arriving at the bottom -- Comments (0)

The Cog railway is now charging $10 per car to park in their parking lots. Because of this, the forest service is plowing the Ammonoosuc Ravine trailhead lot a half mile down the road.