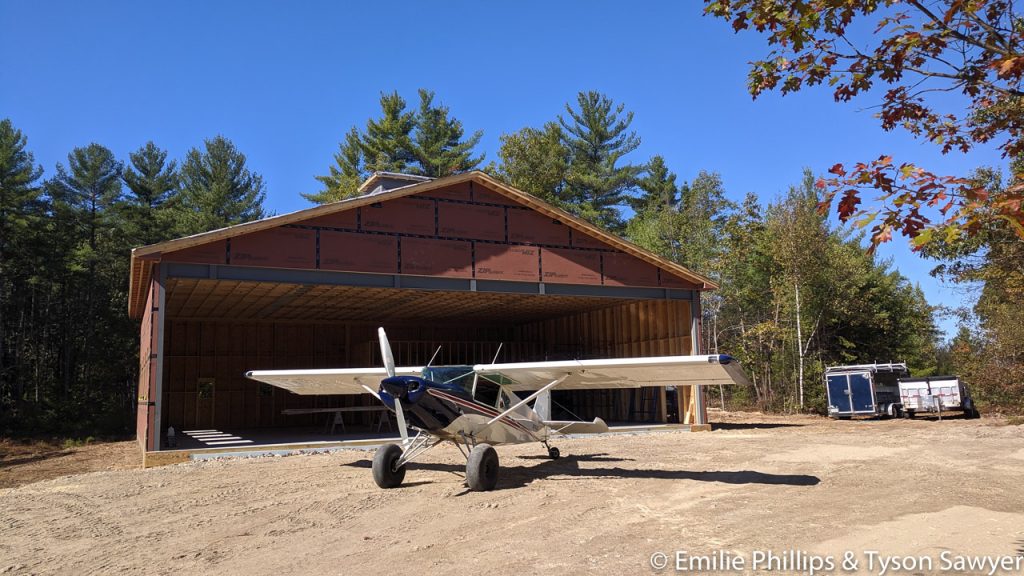 Lots of visible progress in the first half of October. Getting the roof on made a big difference. Read the full build story to see earlier and later stages.

Ike hired a framing crew to help out installing the trusses. The crane arrived at 6:30AM and by noon all the trusses were up, and the crane was gone. They were fast.

Next came the roof sheathing and tar paper. Then a week later, after it stopped raining, the roofers arrived. Two of them had the shingles on in a day and a half.

The windows are installed. I picked the windows for a combination of natural light, summer ventilation, and winter solar gain. The largest windows are on the south side. The southern windows have a different glazing than the others. It lets more light through, but compromises R value. I am planning to install insulated shutters on the inside.

The main hangar door isn’t scheduled to arrive until November. Ike and Warren built a temporary front wall to protect the inside of the hangar from the elements. That way they can finish the interior before the door arrives. I don’t know yet how drafty the hangar door will be, but in the hopes that it will be reasonably tight, I’m having Ike caulk the joints in the exterior walls to keep the heated air in the hangar in the winter.

The electrician has started roughing in the wiring. I thought I had the electrical plan close to finalized, but then I ended up in a three week back-and-forth with the lighting store trying to find lights that fit my budget and requirements. A rather frustrating experience. I had to change the instructions for the electrician several times, which I’m sure added cost.

The last big step is Jerry and his crew paved the apron and added the top gravel to the taxiway. I am not a huge fan of pavement, but we needed a smooth surface to push airplanes around, and something easy to plow. We left the taxiway gravel. 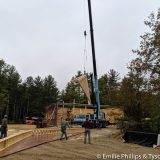 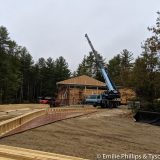 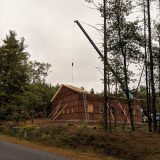 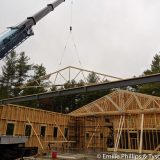 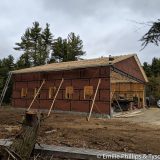 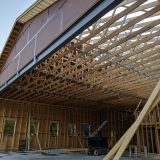 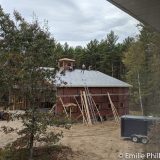 Sheathing and tar paper installed on the roof 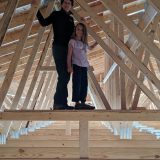 Emilie and Isaac in the rafters 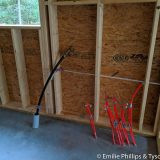 Plumbing in the shop 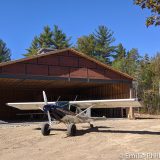 Bearhawk at the hangar

View from the road 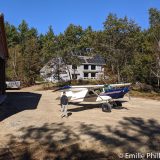 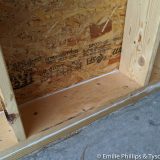 Caulking all the joints 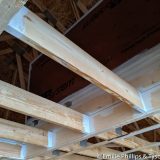 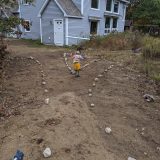 Rebuilding the landscaping near the house 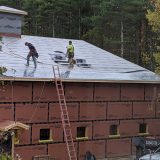 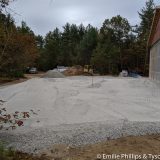 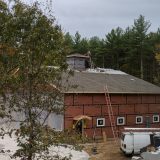 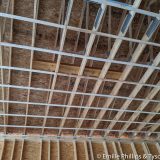 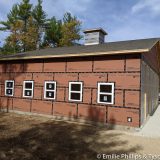 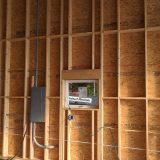 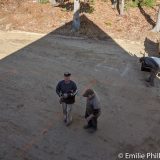 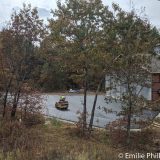