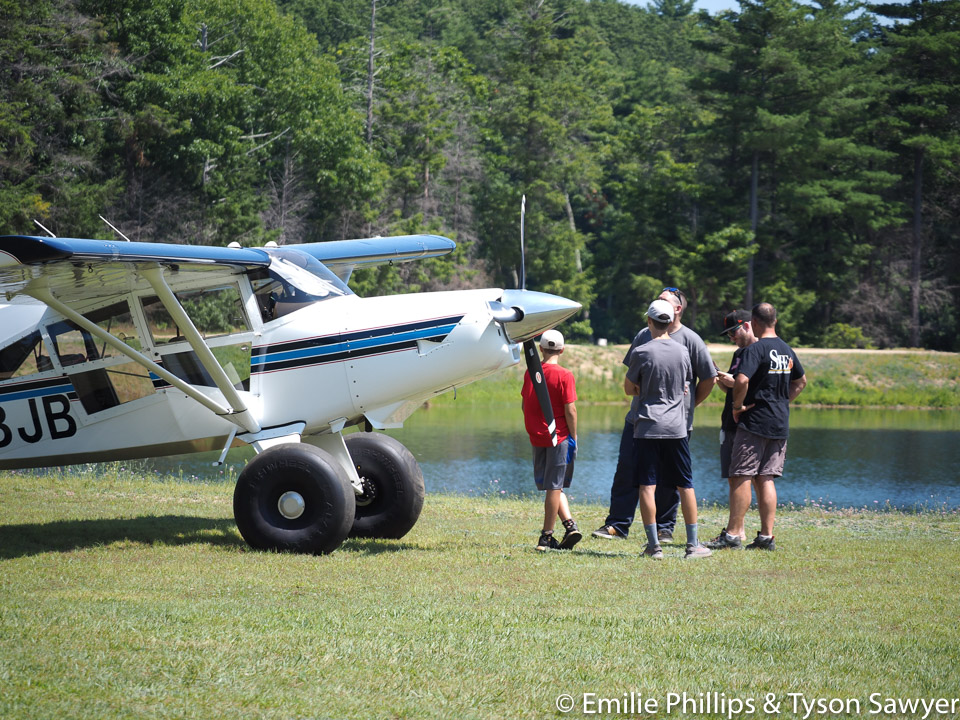 Crow Island is a nearby grass strip in Massachusetts. It is a surprisingly active, yet low key airport near Boston. We know a number of pilots based there. They are a friendly lot. However, their annual fly in is boring. Tyson insists we go every year to say hi to people and show our faces.

Five families/pilots from Brookline went this year. We didn’t coordinate with each other, so we all arrived and left at different times. One of our newest neighbors, Jody, apparently learned to fly at Crow. Her dad flew ultralights out of Crow and she hung around as a kid. The downside of everyone knowing her as her Dad’s kid, is that when she had taken enough lessons to solo, no one was brave enough to check her off. She was telling me the story, and I think it was the fourth person who finally evaluated her flying skills on their own merits, and said of course she was ready to go. He signed her off.

We stopped by the hangar to see a Bearhawk Companion under construction. One of the guys building it had gotten a test ride in our Bearhawk before starting. They are working on the main fuselage right now. The companion is a two place, side-by-side airplane, with no baggage doors in the back. Other than the obvious differences, I noted that the stringers along their fuselage are aluminum, whereas ours are wood. Apparently newer kits ship with aluminum because the wood was cracking. They are putting in the standard manual trim and manual flaps. Our Bearhawk has electric trim and flaps. I’m not sure which I would prefer. We have what we have, so I haven’t thought about it much.

The local Waco Biplane and a couple others flew formation over the airport. When I had flown in, they were headed to neighboring Minuteman for gas. On the radio, I heard one telling the other that when he took off, the needle on his airspeed indicator fell off. “What should I do?” he asked. The other responded mater of factly “land at Minuteman.” They must have fixed it there before coming back. Open cockpits have one advantage — they can social distance. After the formation flight, the Waco Biplane gave rides.

Ultralight turning base to final 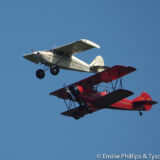 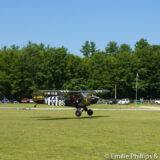 Campers beyond the RV-4 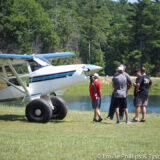 Maule over by the water runway